My Life With a Reason

Typical question from a friend: So how are you doing?

Me: You mean what was my day like? or do you just want to know everything?

Perhaps you are one of the ones that would like to know everything, but I'll give you the run down of today.

I Imagined in my sleep that it was time to get up, but when I sat up and looked at my watch it was only 11:30 pm.

Woke up around 1:30 because someone was walking around campus playing a recorder. Woke up a couple more times within the next hour for the same reason.

That person finally stopped at the house I was sleeping in to talk with the person in the other room. I realized that it was one of the boys on the kitchen crew that couldn't sleep.

Tried to sleep a little more, but got up around 2:30 to have some quiet time and get ready for the day.

Spent some time chatting with a couple other girls while trying to not laugh about how people would have reacted to the recorder thing if this was America.

Left for the kitchen around 3:00. Rinsed rice, chopped veggies, poked sticks in the fires under the rice pots, pealed potatoes for a while, and was finally convinced to go rest for a bit.

Couldn't sleep, so I went up to the house to see Dad before he left at 5:30. Spent some time going over the notes he gave me for doing his chapel talk, then helped in the kitchen for a bit.

Realized that worship was getting out so I changed into more appropriate attire and took off for exercises with the boys' exercise group. Managed to keep up with their fast-paced stretches but decided I could take the running part a bit easier.

Took a nice cold bath, grabbed my backpack for classes, and ran down to help serve breakfast. Nearly burned my fingers trying to eat such hot rice and beans.

Had fun getting around and helping other people get around in the down pour just before chapel. Got to tell another part of the story that Dad's been sharing for chapel.

Taught one English class and one math class (instead of the usual two) for grades nine and ten. Had a class period off. Skipped off to teach English for grades seven and eight.

Between classes, found out that Dad will be gone overnight so I'll probably be filling in for His worships this evening and tomorrow morning.

Dropped off my bag at the house I stayed at last night and went to the kitchen for lunch. Enjoyed a good meal of rice, pumpkin, potatoes, and tomatoes with chilies. Got teased about eating with my fingers since people in America wouldn't like it.

Had a few moments at home before going to computer class. Tried to not fall asleep while supervising computer class and writing lesson plans for tomorrow.

Had a few minutes to read from my Bible and then drifted off to sleep in my hammock, but, as usual, was awakened a few minutes later when some students came to our house for various reasons. 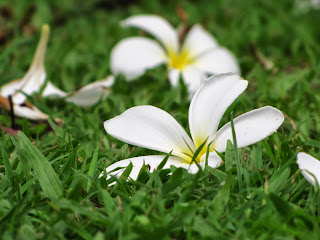 Now it would be dishonest to say that this accurately represents my daily life. Each day is unique--but the same. Each day asks me the same question: Why do I do this?

If you were the one asking the question, the best answer you could get would be by experiencing it for yourself.

When you've seen a young, goof-off boy in fifth grade become a seventh-grader that is passionate about the gospel and sharing it . . .

When you've struggled to know what to do with a talkative boy in tenth grade who is older than you without treating him like a little kid and seen the look of appreciation in his eyes when he thanked you for taking him aside and talking to him . . .

When you've realized that the little girl you gave a hug to is three times happier just because you gave her a moment of affection . . .

When you've looked into the eyes of a soul you know is in the middle of a battle for life and seen light beginning to shine in their eyes . . .

When you've looked into the face of a young girl, whom makes most people think is doing just fine, and realized that she's broken and miserable . . .

When you've felt the fingers of Jesus molding ugly clay into something that can bless humanity . . .