Her body was throbbing in pain. She'd been in her room for two days, unable to do anything. Nights were no better because sleep wouldn't come when her body was in so much pain. The tears were hardly being held back.

But there was another pain obviously more deep and more crushing, one you wouldn't usually have guessed was part of the life of such a beautiful, cheerful girl. One or two questions later, she was pouring forth a story which, though I could not understand every word of, I will never be able to forget.

Yet she didn't say she has nothing left. She was clinging to one thing. And though it had caused some of the pain that she had been through, she mentioned it over and over again--her faith in One who loves her, One who has a plan for her life and who could heal her today if He chose to, One who will some day take her home to a place where there is no sorrow, pain, or tears.

From the world's perspective she has nope hope in life. She's lost her family. She's lost her health. She may never even finish school. That's true. But what did she say her goal is in life? To share the gospel so that Jesus can come back quickly. What does she have? Jesus. 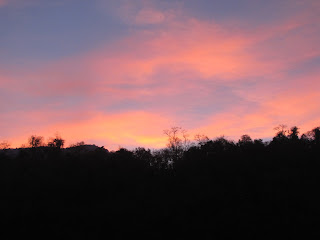 I was ready to weep as I lay there beside her. Yet my heart was feeling more than emotional sympathy. Something about her story struck home hard. Compared to her, I have everything. Or do I? Do I love Jesus like she does? Am I eager for Him to come back quickly?

Friends, could it be that the very reason we as Christians have to be stripped of everything we have is just for this reason? Because unless heaven and Jesus are our only hope, we'll never have them?