Because You'll Never Regret It

On many of my daily walks, I have been compelled to recount the amazing things that God has done in my life during our time here. When we were about to come about a year and a half ago, I was really not sure what I would do when I got here. However, I was sure that teaching seven English classes every day just sounded too overwhelming. Maybe three or four would be okay, but my heart was really hoping for something other than teaching English.

By the time we left, we came to the realization that I'd better be preparing to teache since we didn't really have anyone else lined up. I would teach half of grades 1-8 and someone else would teach the other half. Then, with very little idea of what it would be like or how to prepare, I did what I could to get a little training and make some plans.

Maybe someone could have prepared me for what was coming, but I tend to think that it was in the mercy of God that I didn't know what I would be facing. I felt more overwhelmed with feelings of inability, discouragement, and depression in those first three months of teaching that I had before or have since. I had never before been confronted with such an "impossible" job. And I was not willing to let go of my fears and let God use me as His instrument. 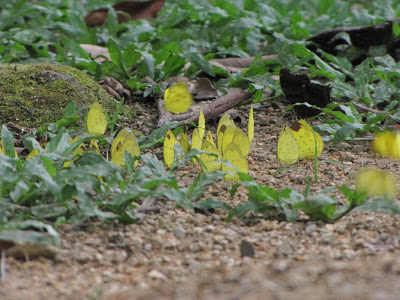 Things are much different now than they were back then. Some of the changes that have taken place were almost painless--while others felt like more than I could bear. But I now look at change as the most precious gift that God can give. I know that whatever changes He has in store for my future will bring about results that I will never regret.

Friends, the need for truly transformed people is great. Our ability to prepare a person to handle those changes is limited. But if God is calling you to get up and do something, don't hesitate. One thing that delaying to obey is sure to bring is regret. Obeying His call for your life will not be comfortable at times, but the reward will be well worth it.