He has been declared. Many have heard of and seen his power. But not all will believe in Him.

They are looking for the wealth, glory, and power of the world. He is but a twig. They see no promise in such a weak little sucker. There is nothing beautiful about him in their eyes. They find nothing about him that attracts them.

But worse than that, they actually despise and reject him. His life is full of pain and sorrow, but they are too proud to share in His grief. They turn their faces away.

And after all that, He is bearing their sorrows and their grief. But they see it only as God's punishment on Him.

They're too proud to realize that the pain that He is bearing is pain that they inflicted. Too hard-hearted to see that their rejection of His love increases each pain—for them and Him. Their eyes are so in focus with the world that they cannot see the healing that they could have if only they would accept what He is doing for them in bearing their sins.

Like dumb sheep they follow the crowd until they are far away from Him. They turn others away from following Him.

And he still bears their sins. . . 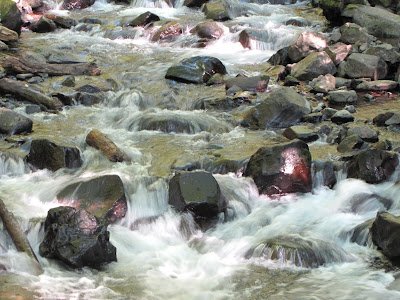