The couches and chairs are filled with 24 young people. I sit silently in my seat. . . .

Can this really be true? It just seems too good to be surrounded by such an incredible group of young people. Each person so eager to take everything in. Not to keep--to give.

Oh! They all speak English!! And they are talking about the things I love most--young people and setting hearts free.


*****
That was the end of my first day and the beginning of my first Sabbath back in America. Young Disciple Youth Leadership Training was well under way by the time I arrived. I wished I had been able to get in on all of the messages but decided to make the most of what was left. Those hours of training were worth more than gold.

It wasn't long before I found myself absorbed in my full-time job as a counselor. Keeping track of seven girls really wasn't that bad. They were a quiet unit that gradually became more and more talkative and hyper. Being with them and my co-counselor was a joy--even when I felt like I couldn't handle the lack of sleep any longer. They were worth whatever I could give.

For the second week I filled in for counselors who needed a night off, continued teaching, and did a few other random things. It was different than having my own unit but very enjoyable just the same. However, the feelings of exhaustion kept poking at me all week. There were times when I would wonder if there was a way to get out of teaching so I could rest. Somehow, knowing that our class was making a difference for someone who would inevitably impact countless other people was enough to keep me going.

But there was something uniquely different about my time at camp this year. There was a deep  hunger in my heart to get all the spiritual nourishment I possibly could. In situations where I usually would have just kind of checked out, I determined to understand as much as possible.

Though I don't fully understand it all, I think there were several reasons for the sudden longing of my heart. I had just spent over eleven months in a place where I only had a few people that I could fluently communicate with. I still had some communication with friends online, but that just isn't the same. Also, during that time, I had been through one the hardest times of my life and had often felt alone. This meant that I either had to form a solid, personal relationship with Christ or drop the whole idea entirely. Knowing that going my own way would never give me peace, I settled for the first option.

That proved to be the best choice I ever made. Through daily pursuit of a closer relationship with my Heavenly Father, the bond grew stronger and stronger. I had peace in doing things that I once thought were impossible. Fears were more easily turned away.

Today, the difference is obvious. I went from casually wishing that I had a deeper interest in spiritual things to longing for more even above spending time with dear friends of mine. It was a difference between feeling like I had to know my Bible so I could help other people understand it to finding things in the Word of God that were just too good to not share. Sharing Christ's love became a pleasure rather than a duty.

What made the difference? Choosing to let go of the things that were between me and my Heavenly Father. It hurt. Sometimes it didn't look like it was worth it. But I chose to believe. . . .


"He is no fool who gives what he cannot keep to gain that which he cannot lose." --Jim Elliot 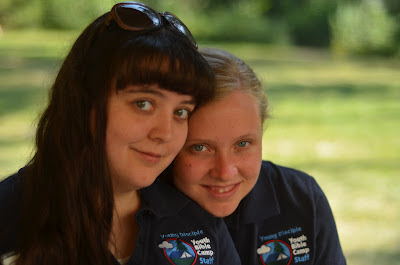