There is something that everyone has in common. In fact, sometimes it makes it very difficult to distinguish a good man from a wicked man.

The difference is not whether or not they fall; it is what they do when they fall.

The wicked man will stay where he fell and will continue to fall deeper into sin.

The good--no, not just good--the just man falls as well, but he doesn't stay there; He rises up again--not to where he was before, but by God's grace to greater heights than before. 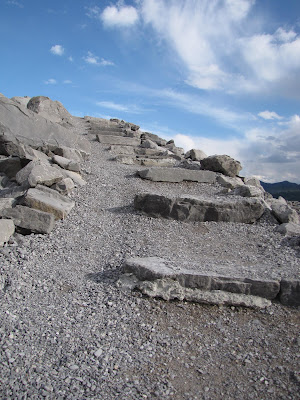 "For a just man falleth seven times, and riseth up again: but the wicked shall fall into mischief."  --Proverbs 24:16

"The steps of a good man are ordered by the LORD: and he delighteth in his way. Though he fall, he shall not be utterly cast down: for the LORD upholdeth him with his hand."  --Psalms 37:23-24
Posted by Hannah at 3:20 PM